Caroline Creado-Perez [ 24 APR 2020 | Data Literacy | 1:02:29 ] I’ve got Poppy in a bag and I’m just going to give her her own throne. . . if the gender data gap ever becomes too depressing you can just look at her looking deeply unimpressed at me um see there you go she’s already looking unimpressed. 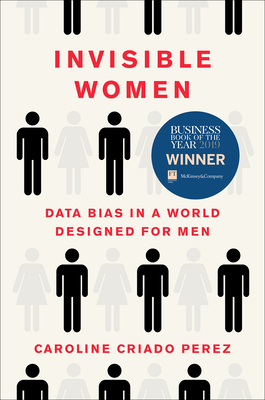 So hello, fellow science nerds. It’s really great to be here. Thank you very much for coming to my session. I am going to be giving you a whistle-stop tour of a bias that affects us all –that’s me as well as you –and the serious impact it has on how we collect and analyze data.

The vast majority of information that we have collected globally –and that we continue to collect– has been collected on men – male bodies and typical male lifestyle patterns.

This means that pretty much everything in the world –from the office you work in to the public transport you used to get there, to the medical treatment you receive, the phone in your hand, the apps on that phone – have been designed to work for men. 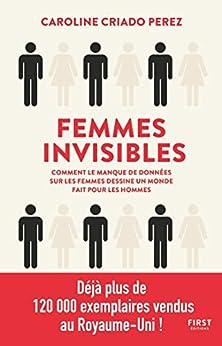 This is the gender data gap

It’s not the evil brainchild of a group of misogynists who want women to suffer and not be able to reach the top shelf and sometimes die.

That’s not what is happening here.

It is simply the product of a way of thinking that, as I said, affects us all and goes back millennia.

This way of thinking begins with a good friend of mine called Reference Man.

Reference man, as you can see, is a Caucasian male –about 70 kilograms– and his superpower is to represent everyone.

Sadly for Reference Man he’s not very good at this and so, really, it’s not a sweet superpower.

I suppose but he does his best.