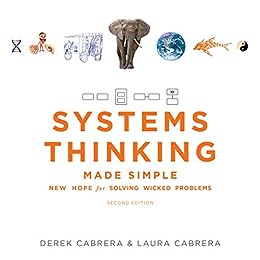 It strikes me that we may be a bit behind schedule — given that we’re in the 21st century right now and that those kinds of skills take tremendous amount of time generationally to develop. So I thought that perhaps we could think ahead a little bit and ask ourselves what kind of minds will we need in the 22nd century.

This TED gathering is based on the theme Breakthroughs and there are really two things that we should think about when we think about breaking through — having breakthrough ideas.

The first is to think really big. Because if you’re going to take the time to make a breakthrough it might as well be a big one.

The second thing is to think different. Most breakthroughs are actually quite simple.

There are actually things that lie right under our noses. Most breakthroughs don’t come from geniuses they come from people that just see things differently and are willing to take the time sometimes months sometimes years sometimes decades to look at what most people see as noise and look for signal. So what are we looking for, when we’re looking at this noise? What kind of signal are we looking for?

What we’re looking for is patterns that are hidden in plain sight.

Now a big breakthrough in physics that physicists are working on, and excited about finding, is called a theory of everything or T.O.E.

What they’re looking for is a theory that will bring together the four Universal forces of the universe:

Such a theory would be a big deal. It would be an undertaking and a momentous occasion to find it all.

Technology insists and science itself would be affected but, to be fair, the application would also be limited in our everyday lives. It wouldn’t help us, for example, learn how to bake banana bread any better. It wouldn’t necessarily help us to run a better organization or raise better children or teach a better class or resolve political conflicts or even to some extent world peace.

So I wondered to myself whether or not there could be a TOE that didn’t apply to everything in physics but to everything everywhere — from super strings or quarks, from atoms to molecules, from organelles to organs, from organisms to organizations, ecology’s and businesses, families and civilization, planets to universes –for this we would need not merely a TOE but a big TOE.

A big Theory Of Everything

Let me be clear though. I really mean everything regardless of its scale. That means anything physical of any size and anything cognitive. Emotional ideas, motivations and even all of the things that are in the estimated twenty thousand-plus disciplines of knowledge. Could there really be a universal pattern to everything and if there was could it be so simple that everyone could understand it?

The answer, as you’re going to see, is yes.

It took me over 20 years to discover these Universal patterns