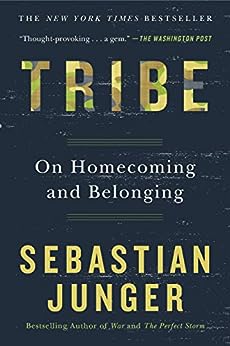 This was about a year before 9/11, and America wasn’t at war yet. We weren’t talking about PTSD. We were not yet talking about the effect of trauma and war on the human psyche. I’d been in Afghanistan for a couple of months with the Northern Alliance as they were fighting the Taliban. And at that point the Taliban had an air force, they had fighter planes, they had tanks, they had artillery, and we really got hammered pretty badly a couple of times. We saw some very ugly things. But I didn’t really think it affected me. I didn’t think much about it.

I came home to New York, where I live. Then one day I went down into the subway, and for the first time in my life, I knew real fear. I had a massive panic attack. I was way more scared than I had ever been in Afghanistan. Everything I was looking at seemed like it was going to kill me, but I couldn’t explain why. The trains were going too fast. There were too many people. The lights were too bright. Everything was too loud, everything was moving too quickly. I backed up against a support column and just waited for it. When I couldn’t take it any longer, I ran out of the subway station and walked wherever I was going.

Later, I found out that what I had was short-term PTSD: post-traumatic stress disorder. We evolved as animals, as primates, to survive periods of danger, and  if your life has been in danger, you want to react to unfamiliar noises. You want to sleep lightly, wake up easily. You want to have nightmares and flashbacks of the thing that could kill you. You want to be angry because it makes you predisposed to fight, or depressed, because it keeps you out of circulation a little bit. Keeps you safe . It’s not very pleasant, but it’s better than getting eaten.

Most people recover from that pretty quickly. It takes a few weeks, a few months. I kept having panic attacks, but they eventually went away. I had no idea it was connected to the war that I’d seen. I just thought I was going crazy, and then I thought, well, now I’m not going crazy anymore.

So I started to study this as a journalist, and I realized that there was something really strange going on. The numbers seemed to be going in the wrong direction. Every war that we have fought as a country, starting with the Civil War, the intensity of the combat has gone down. As a result, the casualty rates have gone down. But disability rates have gone up. They should be going in the same direction, but they’re going in different directions.

The recent wars in Iraq and Afghanistan have produced, thank God, a casualty rate about one third of what it was in Vietnam. But they’ve also created — they’ve also produced three times the disability rates. Around 10 percent of the US military is actively engaged in combat, 10 percent or under. They’re shooting at people, killing people, getting shot at, seeing their friends get killed. It’s incredibly traumatic. But it’s only about 10 percent of our military. But about half of our military has filed for some kind of PTSD compensation from the government.

And suicide doesn’t even fit into this in a very logical way. We’ve all heard the tragic statistic of 22 vets a day, on average, in this country, killing themselves. Most people don’t realize that the majority of those suicides are veterans of the Vietnam War, that generation, and their decision to take their own lives actually might not be related to the war they fought 50 years earlier. In fact, there’s no statistical connection between combat and suicide. If you’re in the military and you’re in a lot of combat, you’re no more likely to kill yourself than if you weren’t. In fact, one study found that if you deploy to Iraq or Afghanistan, you’re actually slightly less likely to commit suicide later.

I studied anthropology in college. I did my fieldwork on the Navajo reservation. I wrote a thesis on Navajo long-distance runners. And recently, while I was researching PTSD, I had this thought. I thought back to the work I did when I was young, and I thought, I bet the Navajo, the Apache, the Comanche — I mean, these are very warlike nations — I bet they weren’t getting PTSD like we do. When their warriors came back from fighting the US military or fighting each other, I bet they pretty much just slipped right back into tribal life.

Certainly, modern society is hard on the human psyche by every metric that we have. As wealth goes up in a society, the suicide rate goes up instead of down. If you live in modern society, you’re up to eight times more likely to suffer from depression in your lifetime than if you live in a poor, agrarian society. Modern society has probably produced the highest rates of suicide and depression and anxiety and loneliness and child abuse ever in human history. I saw one study that compared women in Nigeria, one of the most chaotic and violent and corrupt and poorest countries in Africa, to women in North America. And the highest rates of depression were urban women in North America. That was also the wealthiest group.

So let’s go back to the US military. Ten percent are in combat. Around 50 percent have filed for PTSD compensation. So about 40 percent of veterans really were not traumatized overseas but have come home to discover they are dangerously alienated and depressed. So what is happening with them? What’s going on with those people, the phantom 40 percent that are troubled but don’t understand why?

Maybe it’s this: maybe they had an experience of sort of tribal closeness in their unit when they were overseas. They were eating together, sleeping together, doing tasks and missions together. They were trusting each other with their lives. And then they come home and they have to give all that up and they’re coming back to a society, a modern society, which is hard on people who weren’t even in the military. It’s just  hard on everybody .

And we keep focusing on trauma, PTSD. But for a lot of these people, maybe it’s not trauma. I mean, certainly, soldiers are traumatized and the ones who are have to be treated for that. But a lot of them — maybe what’s bothering them is actually a kind of alienation. I mean, maybe we just have the wrong word for some of it, and just changing our language, our understanding, would help a little bit. “Post-deployment alienation disorder.” Maybe even just calling it that for some of these people would allow them to stop imagining trying to imagine a trauma that didn’t really happen in order to explain a feeling that really is happening. And in fact, it’s an extremely dangerous feeling. That alienation and depression can lead to suicide. These people are in danger. It’s very important to understand why.

The Israeli military has a PTSD rate of around one percent. The theory is that everyone in Israel is supposed to serve in the military. When soldiers come back from the front line, they’re not going from a military environment to a civilian environment. They’re coming back to a community where everyone understands about the military. Everyone’s been in it or is going to be in it. Everyone understands the situation they’re all in. It’s as if they’re all in one big tribe.

After 9/11, the murder rate in New York City went down by 40 percent. The suicide rate went down. The violent crime rate in New York went down after 9/11. Even combat veterans of previous wars who suffered from PTSD said that their symptoms went down after 9/11 happened. The reason is that if you traumatize an entire society, we don’t fall apart and turn on one another. We come together. We unify. Basically, we tribalize, and that process of unifying feels so good and is so good for us, that it even helps people who are struggling with mental health issues. During the blitz in London, admissions to psychiatric wards went down during the bombings.

For a while, that was the kind of country that American soldiers came back to — a unified country. We were sticking together. We were trying to understand the threat against us. We were trying to help ourselves and the world. But that’s changed. Now, American soldiers, American veterans are coming back to a country that is so bitterly divided that the two political parties are literally accusing each other of treason, of being an enemy of the state, of trying to undermine the security and the welfare of their own country. The gap between rich and poor is the biggest it’s ever been. It’s just getting worse. Race relations are terrible. There are demonstrations and even riots in the streets because of racial injustice. And  veterans know that any tribe that treated itself that way — in fact, any platoon that treated itself that way — would never survive . We’ve gotten used to it. Veterans have gone away and are coming back and seeing their own country with fresh eyes. And they see what’s going on. This is the country they fought for. No wonder they’re depressed. No wonder they’re scared.

Saving Ourselves
Tagged on: Mindset