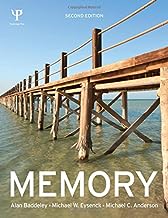 Alan Baddeley [ 3 NOV 2010 | Working Memory | 10:01 ] professor of psychology at the University of York known for his work on working memory, in particular for his multiple components model. In 1974, working with Graham Hitch, Baddeley developed an influential model of working memory called Baddeley’s model of working memory, which argues for the existence of multiple short term memory stores and a separate interacting system for manipulating the content of these stores. The model accounts for much of the empirical data on short-term retention and manipulation of information.